Best Places to have the glimpse of ancient Patna

India is considered as one of the ancient civilizations of the World. There is no doubt that India is a crown in the World History. But if ancient history and culture are concerned then ancient Patliputra or present day Patna has to be the crown in Indian History. The archeology and the history of Patna go back to 600 BC. The city is filled with ancient monuments and one of the ancient inhabited places of the World. If you truly want to have a glimpse of Indian civilization then, Patna has to be your choice. The city which is historically enriched with archeological excellence remains the present day representative of Glorious Indian History. 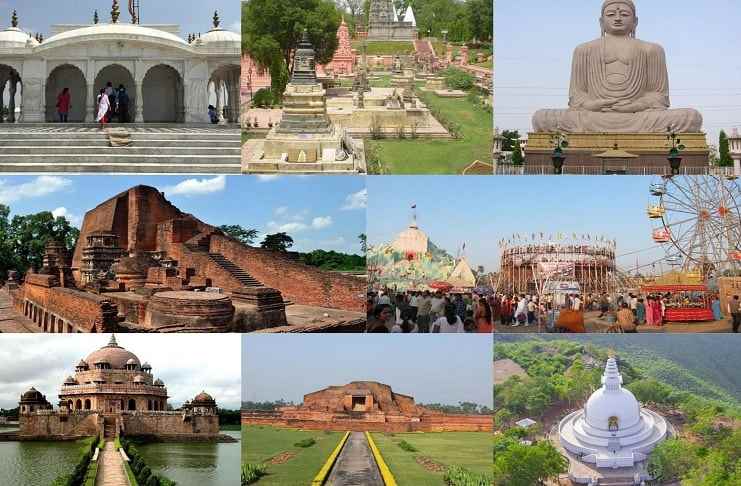 Patliputra was the capital of Mauryan and Gupta Dynasty. The remains of the famous kings like Chandragupta Maurya, Ashoka; Chandra Gupta II are still visible in the picturesque of Patna. Kumrahar is the ideal place to have the glimpse of the ancient civilization. The popularity and the charm of this place can be understood from the fact that it receives over 2 million visitors on average every year. The history of India was first excavated in 1912 and Kumrahar was one of the findings. A gigantic hall built upon the 80 pillars; it is one of the finest examples of hypostyle Indian Architecture of the past. The enticing view of the hall takes you back thousands of years and you can relive the moments there.

But this is not the only thing that excites you about Patna and ancient Indian Civilization. There are many such places that will enthrall you and give you the broken instance of the heritage. But you can relive the moments in the Patna Museum collectively. Major findings of the ancient India have been restored in the museum for the purpose of public viewing. Well, do not make the mistake of taking the museum as a common one. The museum consists of many ancient and antique stuffs. The museum has many sculptures that depict the ancient architecture of Mauryan Dynasty. Ancient Coins and many other items used in the Mauryan Time can be found at the museum. The importance and the significance of Patna Museum in the Indian History is immense.

Glimpse of ancient Patna can also be observed from the religious places spreading across the city. Patna is one of the few cities in India, which hosts famous devotional places for many religions like Hinduism, Buddhism, Islam, Sikhism, Christianity. The ancient Hindu and Buddhist temples like Mahavir Mandir and ancient Buddhist scripts and pillars are asset to the city. It also hosts one of the key places of Sikh religion, Takht Shri Harmandir Saheb Patna. Pathar Ki Masjid and Mansion of Padre are also very old and depict the culture of Patna and Indian Civilization as a whole.

The glorious history of Patna is still standing on the banks of the Holy Ganges. The time has gone by; the glory has diminished in the dark of time but Patna still stands strong with its heritage, culture and tradition.