* In case of any delay in receiving the OTP, you may verify it later. Please proceed without verification.

Parks are an integral part of the city infrastructure and any developed city has a number of parks for its citizens. Parks are a perfect place to go for jogging or playing outdoor sports of for that matter spending some quality time in the lap of nature. Patna is overflowing with residential colonies, markets everywhere and is devoid of dense green cover barring few areas. Hence it becomes all the more important that Patna has a number of Parks and Patna can definitely boast of a number of parks. The government has taken up an initiative to spruce up the outlook of the city and they have been successful in making the landscape of Patna beautiful. Let's look at some  of the well known parks of Patna. 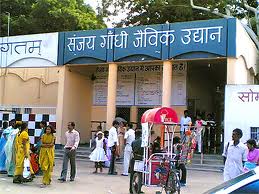 One of the oldest park in Patna, Sanjay Gandhhi Botanical Park is also a zoological park. It is home to many species of animals who live in complete harmony with the nature. People go there to spend some time in a peaceful environment, every morning hundreds of people go there for morning walks each morning. No fees is charged until 8 am and is open to anyone, after that entrance fees is charged and it is closed on Mondays. It is a very popular destination for school-goers and College-goers and witnesses huge rush during new year's eve and other public holidays.

Buddha Smriti Park is situated on Frazer road near Patna Railway Junction, spread over 22 acres of land. It is also referred to as Buddha Memorial Park and it is made to commemorate 2554th anniversary of Lord Buddha and was inaugurated by his holiness Dalai Lama. The Park is the initiative of State Government and is maintained by Bihar Urban Infrastructure Development Corporation Ltd.  This Park is now situated at the premises of historical Bankipore Central Jail and a watch tower has also been preserved in the park. The key attraction of the park is the 200 feet high Stupa centrally located in the park which is said to have the ashes of Lord Buddha inside the Stupa. Other attractions of the park are Meditation Centre, library and a museum.

Eco Park is also known as Rajdhani Vatika, situated on the Punaichak area of Bailey Road. It is a picturesque location sprawling over approximately 9 hectares of land. It has 1445 metres of pathway and  1191 metres of Jogging park. It also has a children's park and a lake. This park was built to ease the traffic on Sanjay Gandhi Botanical Garden and 90 thousand to one lakh people visit the park every month. There are two sections of the park and are connected through underground tunnel. On one side of the park there is open area for amusement activity, boating and Aqua Zorbing also that takes place in the section. It is one of the most popular and well maintained parks in Patna and attracts all age groups.

The ruins of the ancient Patliputra during the Mauryan period have been discovered at the site of Kumhrar Park. Several archeological finds are the chief attraction of the park. The most famous ones are the 80 pillared hall and Aryogashala. It is a place of extreme historical importance and it is some 6kms away Patna Railway Station. It also has remnants of Buddhist Monastery and numerous other finds in the museum. Visit Kumhrar Park if you wish to peek into the history of Patna.

S.K.Puri Park is popularly known as Children's park and is a beautifully laid out park. It has a playground cum jogging area and witnesses large number of early morning joggers in the park. This park is situated on Sahdeo Mahto Road nearby Jamuna apartment and is visited by students very often as well. It is full of people moving around throughout the day. It is well-maintained, dotted with number of tress it is one of the green zones in Boring road. There are benches all over the park for people to rest and have a wonderful time. This park is always buzzing with activity as several students visit this park in the evening to relax.

Comments / Discussion Board - Parks in Patna