Pathar Ki Masjid literally means -Stone Mosque. This is an important religious destination in Patna. This is a heritage site and is situated on the bank of river Ganges near the Takht Shri Harmandir Saheb. It was constructed in the year 1621 by the son of Emperor Jahangir, Parvez Shah. The mosque is built of stone, hence the name-Pathar ki Masjid. Pathar Ki Masjid is also known as Saif Khan's mosque, Sangi Masjid and Chimmi Ghat mosque. It is located on a narrow road and congested surroundings of the Patna city area. It is the oldest mosque in Patna city. Situated amongst the narrow lanes of Patna, it is frequented by the Muslim people of the region and is a sight to behold especially during ID and other Islamic festivals when it is lit by bulbs. 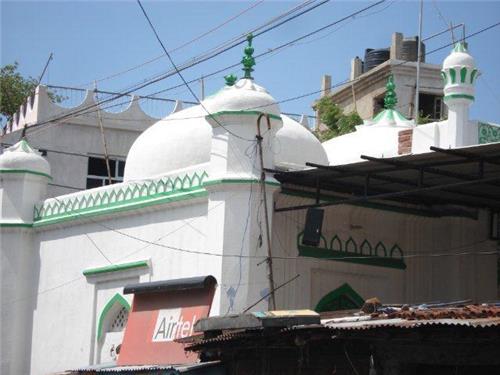 Counted as one of the only remaining heritage building of Mughal times in Patna the Patthar Ki Masjid is thus a treasured site. It is said to be constructed by Parvez Shah, the son of Emperor Jahangir when he was serving as the Governor of Bihar. This beautiful mosque is very popular among the local Muslim community even today. The architecture of the mosque is medieval type. Pathar Ki Masjid is constructed on a raised platform. It is quite small in size with a small central dome. It has four small minarets at the corners and two long minarets at the entrance. Over the years Pathar Ki Masjid has become a major landmark of the city. Due to the heritage and history associated with it, the mosque attracts a huge number of visitors from all over India and abroad, every year. Tourists have to look carefully to locate the mosque on the road, as it is often lost among the nearby shops and chaos of the crowded narrow streets. The entrance to the mosque is from a side lane. A staircase from the entrance takes you to the mosque. In olden days, plenty of social gatherings were arranged in and around Pathar Ki Masjid of Patna. Even today, on festival days, the mosque is decorated beautifully. It is highly recommended to visit this place on the occasion of a religious festival as it would be ideal to soak in the culture and tradition of the local community.

The Mosque is quiet well known and one can easily reach the same by taking an auto or rickshaw or by private vehicles, though parking is a concern here due to the congested area around the mosque.Narrow road would pose a problem for the hired taxis and private vehicles as parking facilities are not available.There is a side lane from which staircases lead to the entrance of the mosque.

Entry Fee: There is no entry fee to the mosque
Timings: The timings are from 6.00 AM - 8.00 PM on all days of the week including Public Holidays

A shopping spree at the numerous shops located near the mosque is highly recommended and after that one can enjoy traditional mughlai dishes at the various eating joints situated nearby. While on a trip to Patthar Ki Masjid, one can visit other tourist attraction of Patna which are present close to the mosque.